Showing posts from 2008
Show all

My story chronicling the very misguided life of fairy hunter extraordinar, Dr. Morgan Z. Vile, has inspired landscape and portrait artist Mitch Cudney to produce this, probably not Disney approved, image of Tinker Bell. The Dunesteef audio fiction magazine is using Cudney's image as the cover for their fall issue Vol. 1 No. 2.
Like the story, its a bit twisted, but based on the feedback I'm getting, it would seem that's what people like about the story.

So a little dark humor for the holidays seems a nice counterbalance with the sugary sweet warm fuzziness we're joyfully bombarded with this time of year.

Speaking of this time of year, its time to reflect a bit. I finished a novel, nearly completed a novella, had six stories published, had four stories produced in audio and got an editor interested in looking at a collection. Not bad, but as I glance at my goals for 2008 (yes I actually write them out) I'm guessing I achieved about 65-75% of them. Still unattained, is…
1 comment
Read more

The Dunesteef Audio Fiction Magazine released my short story Framing and Mounting Fairies, yesterday. They did an amazing job with this experimental piece that reads like a How-to guide. Using my bug collecting experience as a kid and my background in How-To manuals to flesh out this twisted piece, I never really realized until listening to it how dark and sinister the tale is. Probably because my original intent was to be funny, I never really fully grasp the underlying darkness of the piece. I'm not really sure if that says something about me or just my writing, either way its an enjoyable piece employing a nice use of sound effects and really well thought out background music. If you enjoyed it let me know.
Framing and Mounting Fairies
2 comments
Read more 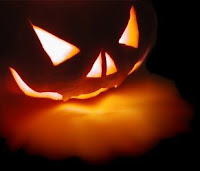 During the month of October, the Dunesteef Audio Fiction Magazine held a writing contest / promotion. I'm not sure if it was a contest or a promotion, but the idea was to write a scary story in the month of October, submit it, and they would pick several to read at a later date. Not sure how many were submitted, but one of the four stories they chose, "Halloween in July," was mine. I wrote it in a rush, and it needs some tweaking, but the Dunesteef editors said it will run next year sometime, so I have some time to edit. It was an interesting writing process. I don't usually write with deadlines, but with a submission cut off of Halloween, I really buckled down - something I should do more often.

I'm currently working on a novella and I've made a goal of having draft one done this year. So with 11,00 words in the can and 10,000 to go, its time to buckle down again. I hope self imposed deadlines will be as effective. We'll see.
1 comment
Read more

November 29, 2008
Just before the weekend Anne over at Sniplits let me know that my story "Fear Factor" is going to be the free story of the week, possible next week. This is exciting news as it will allow it a much wider audience. Although royalties are nice I'd much prefer the story be widely listened to. As I mentioned before I believe its the best reading / performance of any of my stories.
Post a Comment
Read more 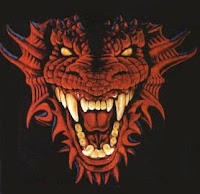 My story "Fear Factor," is now available at Sniplits. It was read by Malcolm Rothman, and it is simply the best reading I've ever heard of any of my stories. His reading, which is really a performance, reminded me of Jim Dale's recordings of the Harry Potter novels. He brought the characters to life with their own distinct voices, while selling the jokes with professional comic timing.

Here is Sniplits' summary:
Fear Factor By Kevin Anderson
When Nog the dragon tries to put his destructive ways behind him, the Guild of Magical Creatures is not amused.

It's running time is 24 minutes and is listed under the categories, Fantasy, Humor, and General Audience - and the cost for the story is $0.98 Here is the best link: http://www.sniplits.com/storiesforauthor.jsp?a=217
Post a Comment
Read more

Dunsteef Audio Fiction Magazine has put my short fantasy story on the schedule and it looks like it will be up in about 4-5 weeks. Here is the teaser they put on their web site:
Framing And Mounting Fairies by Kevin Anderson (Coming Soon)
In this lovely little how-to article, Dr. Morgan Z. Vile, instructs our curious readers in the delicate and fanciful art of mounting and framing woodland fairies for display in the home. This is a must read article for any hunter of the fey folk.
The piece is not a straight forward narrative, bit experimental, and I'm really looking forward to hearing what the guys at Dunesteef do with it.
Also I heard from Sniplits and it seems another fantasy story of mine, Fear Factor, is going into production this week. I'm guessing it will be available in the next 3-4 weeks.
And I got a really nice rejection from the editors at Permuted Press for their upcoming anthology, Best New Tales of the Apocalypse. Its a reprint antho for stuff published in 2007. I …
Post a Comment
Read more

Drabblecast released episode 87 on 10/30/08 which featured my story, The Box Born Wraith. It was their Halloween episode and I was proud to be apart of it. There hasn't been a lot of comments thus far in the forum, but what is there is mostly positive. As always Norm Sherman did a great job on the production, and I think its one of the best episodes this year. But I may be biased.
3 comments
Read more

I just got the word that the drabblecast is going to use my story, "The Box Born Wraith," for this year's Halloween Episode. It was inspired from an experience I had early in the year in which I spent 40 minutes in a MRI machine. For those of you who have not had the displeasure, its a little bit like lying down in a confined space -coffin, sarcophagus, casket -but you can still hear awful things happening around you. Much like I imagine being in one of those morgue drawers without the peace and serenity that might come with actually being dead.

I wrote the piece with audio (and drabblecast) in mind, creating lots of opportunity for creepy sound FX. Should be fun, and will be out probably next Tuesday, or Wednesday.

If you want some Halloween drabblcastyness now, you can listen to last years Halloween episode (#36) Drabblecast 36- Pumpkinseeds by Kevin Anderson

I'm on an audio high right now, not only am I listening to tons of spooky audio drama from podcast like Radio…
3 comments
Read more

Anne Stuessy at Sniplits, an audio short story market, just informed me that talent is now being auditioned for my story, "Fear Factor," a fantasy tale about a dragon, tired of being an instrument of death and destruction, who atempts to go against his nature, and wage peace. But finds it easy said than done. Its one of only a few fantasy pieces I've done and it was refreshing to step out of the dark horror genre for a moment. I think it's something I'm gonna try to do more often. Primarily a dialoguepiece I think Fear Factor is gonna work real well in audio. Should be out in the next month or so. http://www.sniplits.com/
Post a Comment
Read more 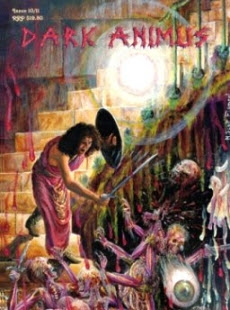 HorrorScope, the award winning Australian news and literary criticism zine dedicated to dark fiction and some speculative fiction, did a review of issue 10/11 of Dark Animus, in which my story "Scarecrows and Devils," appeared alongside stories by Tim Curran and Paul Kane.

"A look from the other side, without actually telling us what side we’re on to begin with.A well paced story similar to a roller coaster with plenty of ups and downs. When purchasing your ticket, the vendor obviously forgot to warn you about the surprises you’re in for, and when you come upon them, you’re totally unprepared."