Showing posts from November, 2014
Show all

The Fall of the Feast 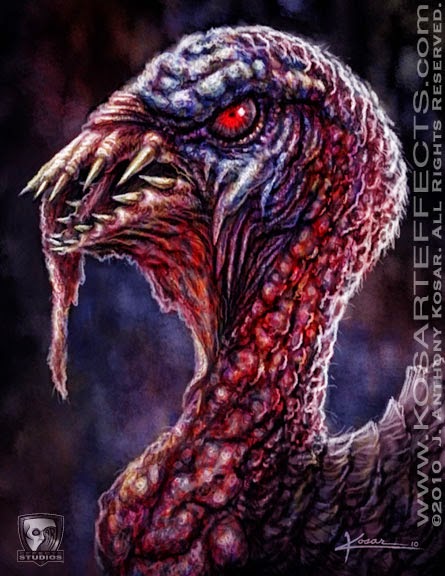 Just a warm, seasonal yarn I penned a few years back. First published in the anthology Barnyard Horrors (2013) from JWK Press.

The Fall of the Feast
by Kevin David Anderson

For a hundred generations they waited for the messiah. When she finally arrived her genetically engineered size was commanding, formidable. She encountered no resistance to her authority, but eventually there were challengers. When two robust males tried to depose her, she quickly snapped their necks, and threw their carcasses into the seething crowd.
Her subjects circled the dead challengers, unsure what to do. But with the messiah’s encouragement, they began to feed. Slowly at first, like children sampling the taste of new food. Then in a furious swell of bloodlust the crowd swarmed in, ripping mouthfuls of flesh from the corpses. The first part of her plan was complete. The messiah’s army now had a taste for blood.
Forming them into platoons, she taught them to hold ranks, and attack in waves; thrusting deadly tal…
1 comment
Read more
More posts