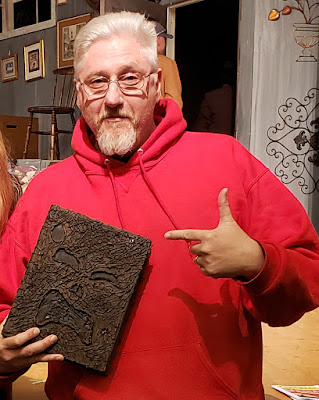 Evil Dead the Musical has been around since 2003, ever since Canadian playwright George Reinblatt took a hard look at the Evil Dead trilogy and said to himself, what the franchise really needs is some song and dance numbers. And wow was he right. The musical has been performed around the country to sell out crowds ever since. Most productions will have what is called the splash zone (usually the first three rows) and if you have seen the films you know what those are for - think Galliger but with more crimson.

So when my daughter told me that her high school was going to perform Evil Dead the Musical: High School edition, I didn't believe her. Turns out it was true. Four full performances of blood, gore, and singing! And when my daughter told me she had volunteered to work tech, cleaning up blood, moving around props - chainsaw, ax, Necronomicon, I couldn't have been more proud. I got to see three of the four performances and I have to say these kids really rolled up their sleeves, got their hands bloody, and put heart and unswallowed souls into this production. It was amazing. The final performance was my favorite as they were hellbent on exhausting their entire supply of blood. So much fun.

If you are a horror fan, then experiencing Evil Dead the Musical should definitely make your bucket list. It pops up in several cities around the country and sells out fast, so keep an eye out. Here is a list of performances that are taking place in 2019. Evil Dead the Musical 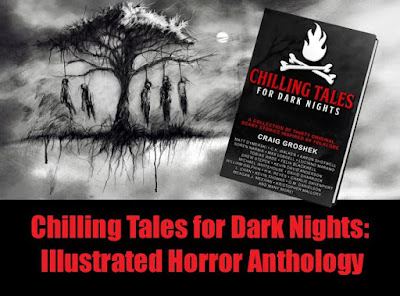 My story, The Room, will be in the new horror anthology from Chilling Tales for Dark Nights. I believe the antho (which may be a short series of anthologies) is including stories inspired by the Scary Stories to Tell in the Dark book series by Alvin Schwartz, with those haunting illustrations by Stephen Gammell.

I have uploaded two new videos to my YouTube channel of some old episodes of the Drabblecast (an eclectic fiction podcast with genre stories and general weirdness) and the long gone Well Told Tales podcast. My story Momentum is read by Norm Sherman in Drabblecast episode 23, and my story Piercing the Dead (also titled Ink Spot) is read by Brandon Carpenter on Well Told Tales. As I mentioned Well Told Tales is long gone but the Drabblecast is back from the dead after a hiatus. It has that new podcast smell but with a touch of the past. Norm Sherman is still at the helm but it seems he has more help this time around, and I hope that means the Drabblecast is here to stay.
Check them out at www.drabblecast.org.
My YouTube channel Kevin David Anderson - YouTube 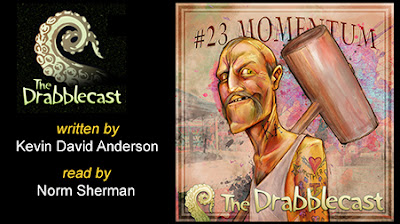 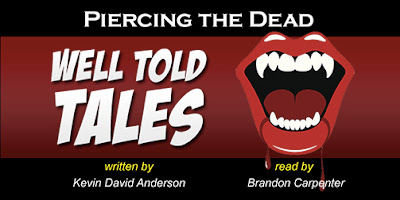 My YouTube Channel
My Website
Playwright George Reinblatt website
The Drabblecast - ww.drabblecast.org
Chilling Tales for Dark Nights.
Me on Facebook
Me on Instagram (honestly, not much going on there)
Me on Goodreads
My Amazon Author page
Performances of Evil Dead the Musical for 2019