The Elixir of the Undead

Wow, 2020, the year nobody wanted is now half over. Yaaay...I can't wait to see what the rest of the year has in store for us. I know my son is rooting for Godzilla to rise from the Pacific. My daughter and I are hoping for Zombies. The Romero Zombies, not that fast running nonsense. At my age and with my new stay-at-home / quarantine waistline, I wouldn't stand a chance in a world overrun by Zombie Usain Bolts. Speaking of Zombies, Father's Day has come and gone and if you're wondering what do the kids of a Horror/Zombie writer who lives in wine country get their father on Father's Day...well, they get him one of these.

It’s called The Elixir of the Undead Zombie Wine Bottle Holder, and I love it. Wine sold separately.

COVID-19 has required us all to spent quite a bit of time at home with our family. For a writer having a full house all the time can be a problem. For my family, it's hard for them to tell if I'm writing on my laptop, and don't want to be disturbed, or if I'm goofing off on Facebook. So in addition to my Elixer of the Undead gift, the kids made me this clever two-sided sign and it has already come in handy. 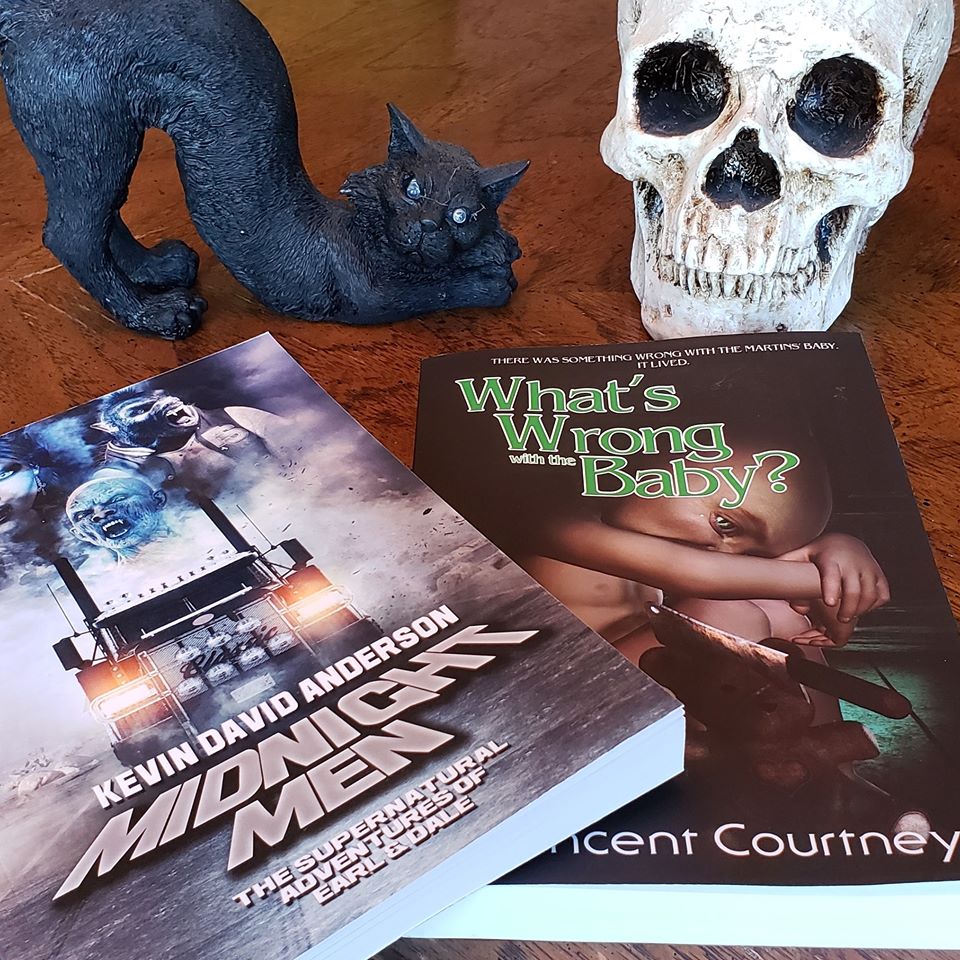 The fine folks at Grinning Skull Press, publisher of my book, Midnight Men: The Supernatural Adventures of Earl and Dale and Vincent Courtney's What's Wrong with the Baby are reducing the Kindle edition price of both books from $4.99 to $2.99. The sale is currently ongoing and may continue throughout July.

Purchase the Kindle Edition of
Midnight Men: The Supernatural Adventures of Ear and Dale

Purchase the Kindle Edition of
What's Wrong with the Baby?

New Audio Stories in Production
Several stories from Midnight Men: The SupernaturalAdventures of Earl and Dale are currently being evaluated for future audio productions. I'm excited at the prospects of hearing Earl and Dale in full audio again. It has been a few years since Jason Hill produced my story GreenEyes and Chili Dogs, the tale that introduces the truck driving, monster hunting duo. Nothing has been set in stone, and it might not happen, but fingers crossed.

To listen to Green Eyes and Chili Dogs on YouTube - clickhere

In the meantime up and coming podcaster Matt (CreepyFace) MfDaniels has requested a few of my stories to produce for his new podcast. He is considering two of my stories, Home Care which first appeared in the anthology Night Terrors III from Blood Bound Books, and Between Sisters which has been published several times. Neither story has been produced in audio and I'm excited to hear what he does with them. 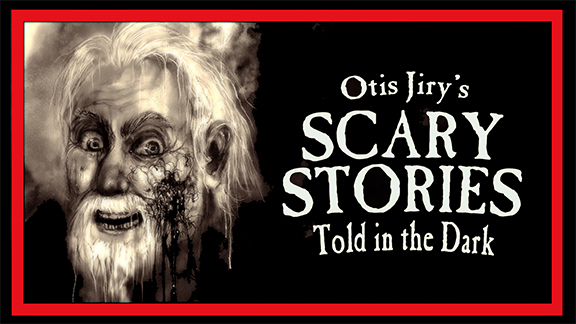 SCARECROWS and DEVILS
My story Scarecrows and Devils has just been sold to the Scary Podcast Network and will be read by Otis Jiry on a future episode of Scary Stories Told in the Dark. This will be my second story read by Otis and I'm very interested in hearing his take. He has a unique style. Its kind of like listening to your grandfather tell you a story he shouldn't be telling you. If you'd like to listen to the first story of mine he read, The Room, click here.

In addition to being produced in audio SCARECROWS and DEVILS will also appear on the dark web site Creepy Pasta Stories. This will be my third story on the site. To read any of my stories on the site click on the title below.