I've been writing fiction for more than, yadda-yadda years, and I've sent out hundreds of signed copies of my work, books, and posters, to NotLT fans around the world. But never in all that time has a NotLT fan ever sent me a gift. Well, that streak ended in August when Jack Fine and Frank Sanchez both sent me what I consider to be most-excellent gifts. From the east coast, Jack sent me two cans of Son of Mogh beer, a Star Trek-themed ale from Brewery Fire in Maryland. And Frank sent me a package of Star Trek socks which included a pair in Command Gold, Science Officer Blue, and Expendable Red.

I'll probably wait until 2021 to wear the Red ones. Just seems like too big of a risk this year.

I mentioned last month that Frank and his sister Amanda got matching Night of the Living Trekkies tattoos. We got a look at Frank's last month and here is Amanda's with her signed NotLT poster. This is what dedicated fandom looks like! 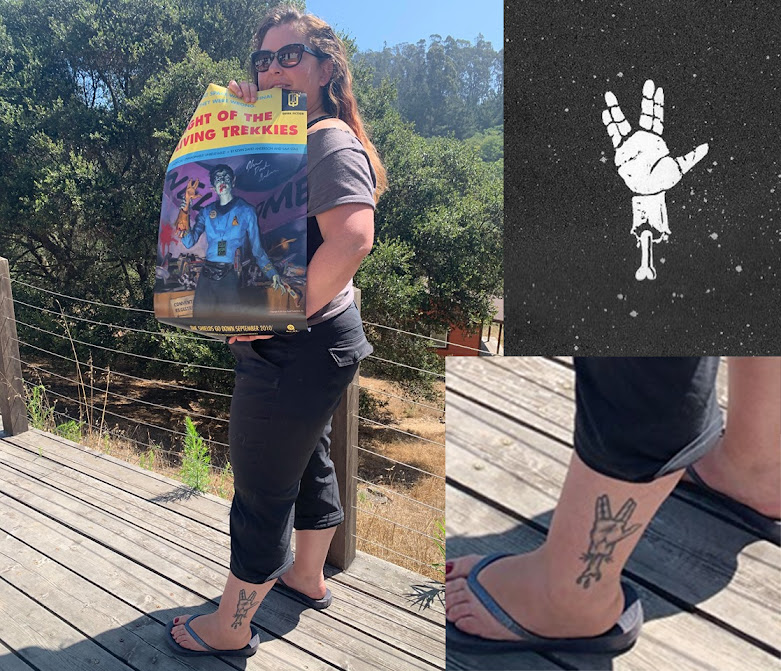 Two of the five stories in Midnight Men (GREEN EYES and CHILI DOGS, and THE GREATEST FEAR) are available for FREE in audio performed by Jason Hill of the Horror Hill podcast. If you like what you hear, download your kindle edition copy for only $2.99! 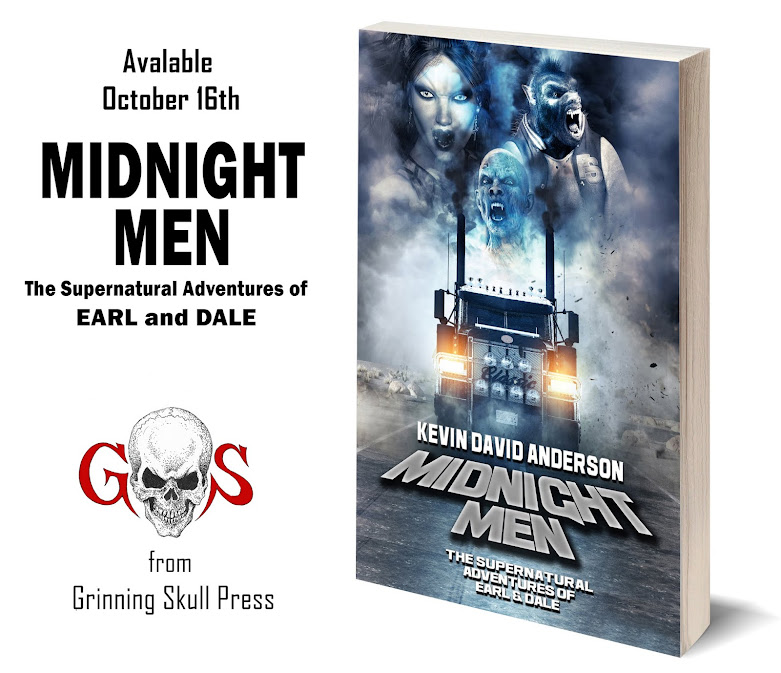 THE GREATEST FEAR
(running time about 1 hour and 42 minutes)

(running time about 1 hour and 42 minutes)

Purchase the Kindle Edition of

MIDNIGHT MEN: The Supernatural Adventures of Earl and Dale

A handful of my reprinted stories will appear later this year in anthologies from publishers as far away as Australia and as near as the wilds of Kentucky.

Pumpkin Seeds will be in Halloween Horror #2 from DBND Publishing, available October 2020

Liberation will be in the charity anthology SLICE GIRLS. All proceeds will benefit a domestic violence shelter in Kentucky. Available in September 2020

The Mount of Death will be in LOCAL HAUNTS, an anthology to benefit the literacy charity First Book. Available in late Fall 2020

The Box Born Wraith will appear in the Australian anthology Trickster’s Treats #4 which will be one of the final publications of Things in the Well Publishing and will benefit The Indigenous Literacy Foundation. Available in October 2020 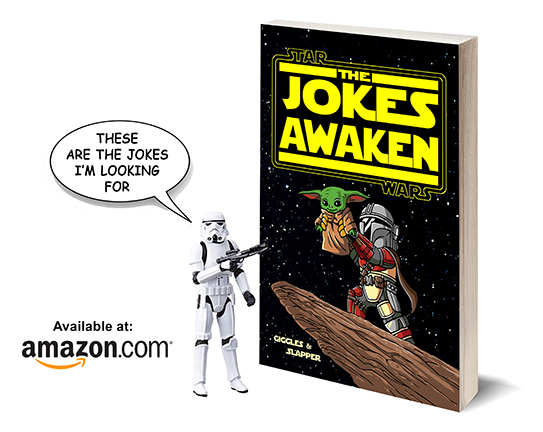 With the success of my Star Wars joke book, STAR WARS: TheJokes Awaken under my pen name Giggles A. Lott & Nee Slapper, I've decided to keep the series of geeky, dad jokes going with a volume dedicated to STAR TREK. It will be filled with new and old jokes, mashup illustrations and cartoons, and anything I can think of to make those eyes roll. Still working on a title. The working title at the moment is TREKKIES: Deep Space Jokes.  I'm more than halfway done with the interior of the book which will run about 75 pages. I have a couple of ideas for the cover but not married to any of them yet.

Here is a SNEAK PEEK:

What do you call fans of Jeopardy and Star Trek?

What do you call a frozen Borg ship?

What do you call it when a young Sci-Fi fan goes to a Star Trek convention dressed as Chewbacca?

Who is the clumsiest engineer in Starfleet?

I know what you are thinking. "I CAN WRITE BETTER STAR TREK JOKES THAN THAT!"

Well fine. Prove it. And stop yelling at me. Send me a usable, original, clean, STAR TREK joke and I'll include it and put your name in the book as a contributor. No money, no royalties, just send them in for the honor and the glory of the Empire.  Kevin@KevinDavidAnderson.com

To check out the Giggles A. Lott & Nee Slappers 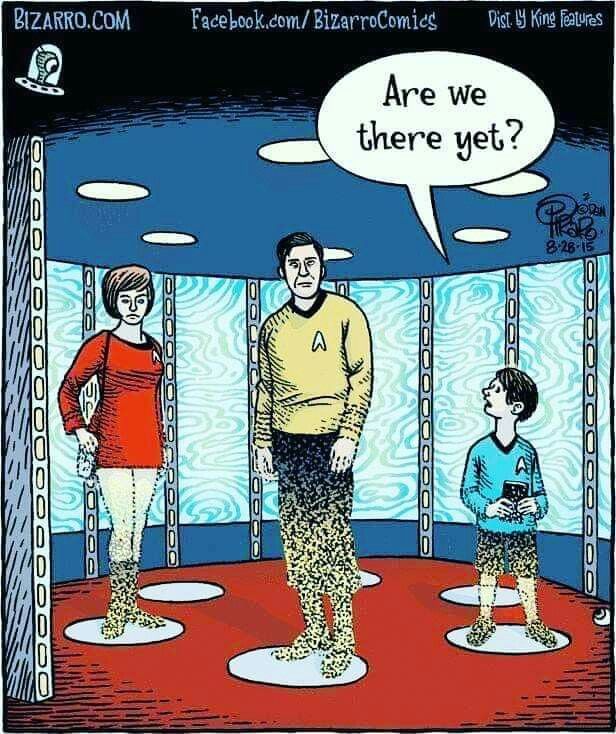 Well, that is enough nonsense for this month. See you in October 2020!

If you're looking for more stuff to read or listen too, head on over to my website and click on the BOOKS / STORIES link for an almost up to date list of everything I have available. Check out the FREE AUDIO link or my YouTube channel for dozens of my stories available for free produced by the likes of Jason Hill, the fine folks at the Drabblecast, Pseudopod, Simply Scary, and the No Sleep Podcast.