Yikes, what a year.

This year can't end fast enough. And I know that things are not going to get back to normal on January 1, 2021, but I can dream, can't I? In the past few months, I've seen a few artistic representations, read a few well-worded op-eds, and listened to some scholarly commentary all trying to capture the essence of 2020. But I don't think anything comes close to capturing and or symbolizing 2020, how it felt, how it smelled, better than the 2020 Dumpsterfire Christmas Ornament. For me, it just sums it all up, and the best part, the part that makes it particularly poignant, is that it is made in America. Happy New Year!

NOW AVAILABLE!
A BREACH IN THE FENCE

My short story "A Breach in the Fence" is now available on the new online horror site The Dread Machine. The site features horror stories and content from around the world. I'm also excited that it will also be produced in audio later in the year.

READ NOW - A Breach in the Fence 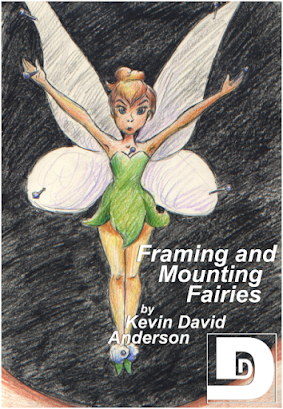 I sold my experimental fantasy short story "Mounting Fairies for Display" to the anthology Exterus Vol.2, No.1. Mixing comedy, horror, and dark fantasy, "Mounting Fairies for Display" is written in the style of a how-to article in which the reader (or fairy hunting enthusiast) can receive a step-by-step guide in the art of dispatching and preparing fairies, sprites, pixies, and other tiny folks for display.
The anthology Exterus Vol.2, No.1 will be released later this year, but an earlier version of the story is available to listen to Bigg Anklevich read the story under the title "Framing and Mounting Fairies" for his podcast The Dunesteef.
Listen at The Dunsteef - Framing, and Mounting Fairies

In November I had five short stories produced in audio. The Horror Hill podcast produced the third Earl and Dale story in audio, "NIGHT OF THE SPIDER," which appears in my collection, Midnight Men: The Supernatural Adventures of Earl and Dale. Jason Hill reads "Night of the Spider" in Episode 5, season 3 of Horror Hill. The episode is called Tangled Webs.

Otis Jiry reads four of my stories on a recent episode of Otis Jiry's Scary Stories Told in the Dark. I'm the featured writer for this episode, two of the stories, "The Echo at the End of the Road," and "Blood, Gridlock, and PEZ" are free to listen to. Listeners will have to be a patron of Chilling Tales for Dark Nights to hear my other two stories, "The Lure of Heaven," and "Liberation."